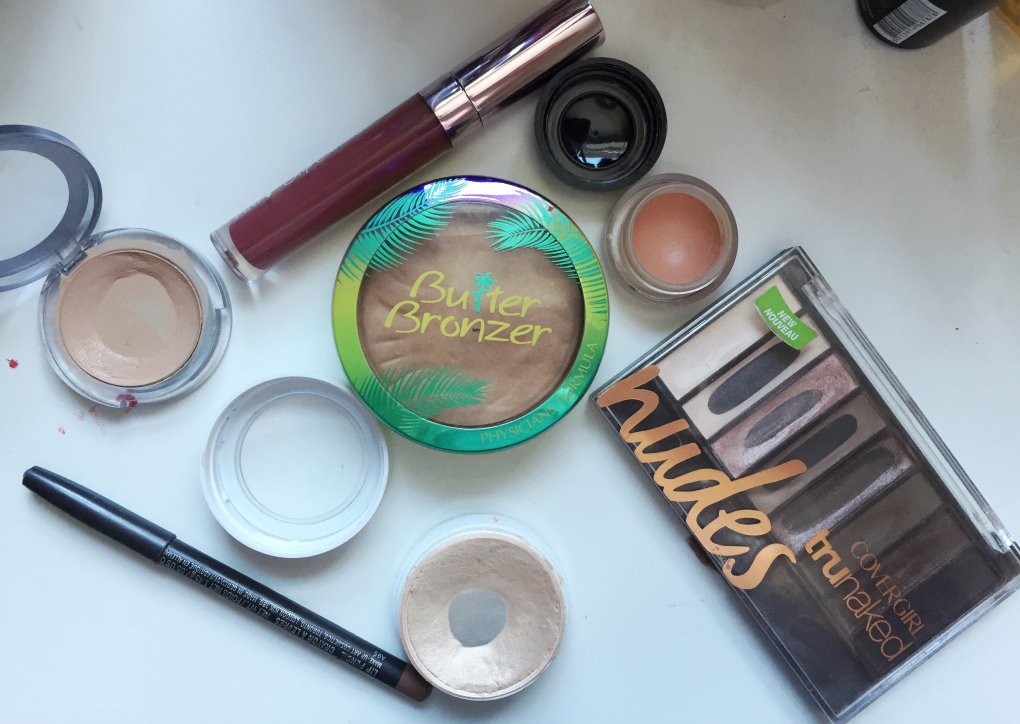 Recently I have been thinking about the ingredients in my makeup, and how I don’t even fully use all the makeup I own. A lot of it I bought was because of hype, because I wanted to try it, because I thought I needed five million different shades of blush. That being said, I have whittled down my lipstick collection significantly, but have realized that I don’t take much thought when it comes to buying makeup, drugstore makeup specifically. Higher end makeup I generally put in a lot more thought to buying because of its price. Which got me thinking, why don’t I treat all purchases like this? So I’m going to try an experiment. You may have seen this floating around the inter webs but I’m going to try and hit pan on the following products. Hopefully by the end of 2018 (which is a generous timeline) but I am committed to finishing up products to then replace them with healthier versions. I may add more products as I go but for now enjoy my project pan goals!

My first one is the Physicians Formula Butter Bronzer. THIS IS A NEVER ENDING BRONZER. The problem is I have had this for since summer 2016 (I know my memory serves me in this but somehow not on exams) and its the light bronzer version, which is unfortunate because then it’s too light in the summer. But I think I can do it.

The Colourpop highlighter in lunch money. I have also had this since 2016 and I have hit pan on it so I must complete it.

My Covergirl nudes palette: I have already hit pan on 4 of the shades so I think it will be easy to do.  This palette is surprisingly really easy to hit pant on as well. The shadows are very soft so I think that might be why it’s so easy to use up.

My 100% Pure lip caramel. I want to use this up mainly because its made from fruit pigments and clean ingredients so I would like to try to use this up. Its also a beautiful darker nude and matches everything.

My Mac lip liner in Oak. I have had this since 2015 and since I want to transition to more clean beauty I just want to use this one up because it’s a nice easy nude lip liner and wears nicely under all my nude lip colours.

My PUR potted concealer. This is probably the best concealer I have ever tried, it was a bit pricey but also its just so easy to use. I have hit pan on it and I have had it since April 2017 so I have actually been using it up quite nicely.

NYX dark circle corrector. I think I have this since Sept 2016?  I do like this product and have used up quite a bit of it.

What are your makeup goals for this year?